Book of the Month: [July 2016] - THE MURDER HOUSE By James Patterson / David Ellis 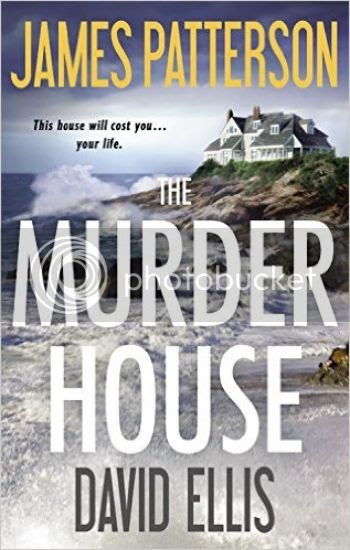 As we begin to really get into summer, the anticipation of delving into new reads and uncovering gems along the way is still there. While I don't post every book I read, I like to at least post a book of the month and highlight additional books of various genres periodically. For the month of July, comes a thrilling page turner from bestselling suspense author James Patterson w/ David Ellis. The July 2016 book of the month selection is The Murder House.

I wanted my next read to be a mystery thriller and The Murder House seems like it might fit the bill.
Whenever you mix wealth, revenge and murder together, the end result is usually laced with a shocking twist that leaves readers baffled at the end. Of course, that's what a good suspense novel is supposed to do. Regardless of the complexities of the story, a suspense thriller should leave a reader with questions, but ultimately and seamlessly crafts a mind blowing mystery that keeps you guessing till the end.


Grab a copy of The Murder House by James Patterson w/ David Ellis and get your read on.


It has an ocean-front view, a private beach--and a deadly secret that won't stay buried.


No. 7 Ocean Drive is a gorgeous, multi-million-dollar beachfront estate in the Hamptons, where money and privilege know no bounds. But its beautiful gothic exterior hides a horrific past: it was the scene of a series of depraved killings that have never been solved. Neglected, empty, and rumored to be cursed, it's known as the Murder House, and locals keep their distance.


Detective Jenna Murphy used to consider herself a local, but she hasn't been back since she was a girl. Trying to escape her troubled past and rehabilitate a career on the rocks, the former New York City cop hardly expects her lush and wealthy surroundings to be a hotbed of grisly depravity. But when a Hollywood power broker and his mistress are found dead in the abandoned Murder House, the gruesome crime scene rivals anything Jenna experienced in Manhattan. And what at first seems like an open and shut case turns out to have as many shocking secrets as the Murder House itself, as Jenna quickly realizes that the mansion's history is much darker than even the town's most salacious gossips could have imagined. As more bodies surface, and the secret that Jenna has tried desperately to escape closes in on her, she must risk her own life to expose the truth--before the Murder House claims another victim.


Full of the twists and turns that have made James Patterson the world's #1 bestselling writer, THE MURDER HOUSE is a chilling, page-turning story of murder, money, and revenge.

Posted by Books Novels And More at 6:19 PM