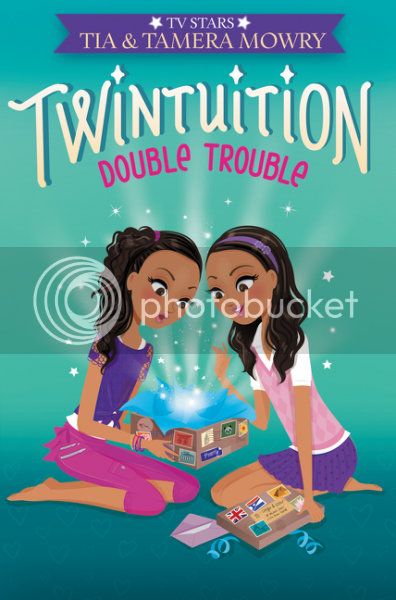 The second installment in the popular Twintuition children's series titled Double Trouble by celebrity sisters Tamera and Tia Mowry released on May 10.

This series is a fun read for children and young teens. The premise and uniqueness is a recipe that would make a great television show.


From actresses Tia and Tamera Mowry comes the second book in their delightful Twintuition series about the superspecial—and sometimes supernatural—bond between sisters!


In Double Trouble, identical twins Cassie and Caitlyn Waters have adjusted to small-town life in Aura, Texas, but they’re still not used to seeing visions of the future. And their Sight is only getting stronger as their twelfth birthday nears! But even with this new gift, neither girl could have predicted what the mysterious package they received would contain—a connection to the father they know nothing about and the grandmother they never knew they had.


As the twins struggle to discover more about their own history, they distract themselves by planning a birthday bash with their new friends. But when the visions of the upcoming party show it will be more of a catastrophe than a celebration, the girls work together to keep it fiasco-free.


Tia Mowry-Hardrict and Tamera Mowry-Housley gained initial fame on the ’90s sitcom Sister, Sister. Tia can now be seen starring in and producing the Nickelodeon series Instant Mom and on the Cooking Channel’s show Tia Mowry at Home.


Tamera is a host and producer on the hit daytime talk show The Real, currently airing on FOX. Together they’ve created a magical series about twin sisters with a powerful gift and an even stronger connection.