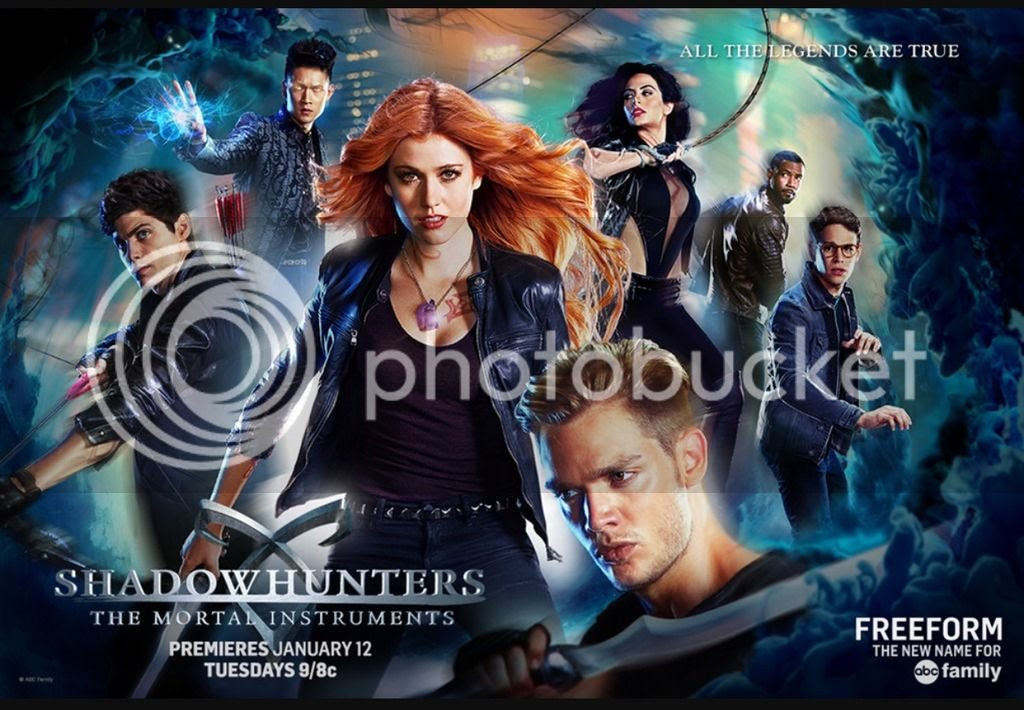 The uber popular Mortal Instruments book series, which was also adapted into a film, is now about to debut as a new television show on Freeform. Formerly known as ABC Family.

Shadowhunters has been highly anticipated by fans of the Mortal Instruments book series by Cassandra Clare.

Well, the wait is almost over.

Tonight of course is also the State of the Union address, so be sure to set your DVRs for the premiere of Shadowhunters.

In the series premiere, a woman discovers on her 18th birthday that she comes from a long line of Shadowhunters, human-angel hybrids who hunt demons.

Posted by Books Novels And More at 8:35 PM