Posted by Books Novels And More at 5:16 PM No comments:

Book of the Month: (September 2015) - AMERICANAH by Chimamanda Ngozi Adichie 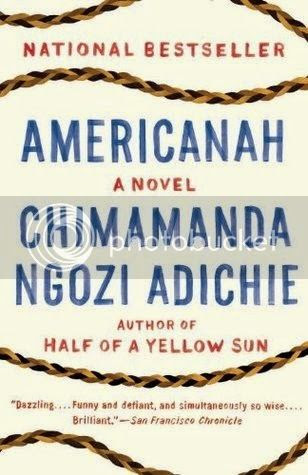 I'm excited about this month's book of the month pick. September's choice is by an author who has become one of my favorite literary storytellers. Chimamanda Ngozi Adichie's novel, Americanah, is the book pick for September.

Adichie's phenomenal novel, Half of a Yellow Sun, was a previous book of the month pick back in December 2013. Half of a Yellow Sun was an exceptional read. The gift of creating dynamic characters, visual landscapes, saga filled prose written beautifully, quickly catapults Chimamanda Ngozi Adichie's books, in my opinion, to classic reads.

Americanah will surely turn out to be another fantastic story that tackles serious issues in a way...that through humor, honesty and rose colored glasses that are ripped away... shed light on reality through a fictional tale that folks should immediately add to their TBR lists.


A powerful, tender story of race and identity by Chimamanda Ngozi Adichie, the award-winning author of Half of a Yellow Sun.


Ifemelu and Obinze are young and in love when they depart military-ruled Nigeria for the West. Beautiful, self-assured Ifemelu heads for America, where despite her academic success, she is forced to grapple with what it means to be black for the first time. Quiet, thoughtful Obinze had hoped to join her, but with post-9/11 America closed to him, he instead plunges into a dangerous, undocumented life in London.


Fifteen years later, they reunite in a newly democratic Nigeria, and reignite their passion—for each other and for their homeland.


HALF of a YELLOW SUN was adapted into a film starring Chiwetel Eiofor and Thandie Newton. Add the movie to your collection.

Posted by Books Novels And More at 5:12 PM No comments: 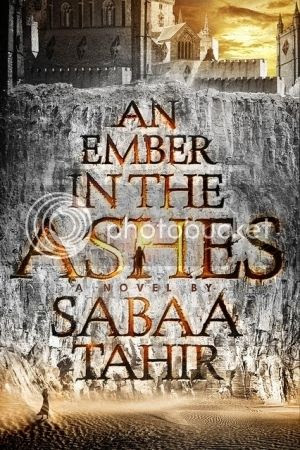 The book of the month pick for August, is a novel I'm extremely hyped and excited about. First of all, the cover is absolutely gorgeous. You might want to purchase the hardcover edition to experience the full effect of how breathtaking the cover is.

I have been hearing such great things about, An Ember in the Ashes, the debut novel by Sabaa Tahir. This is a young adult, sci-fi fantasy that promises to be filled with a dark combustible combination of action, adventure, betrayal, sacrifice, romance and the revelation of what one will do for the ones they love and the lengths the human spirit will go to break free from the ties that bind.

I can't wait to begin reading this month's selection, An Ember in the Ashes, by Sabaa Tahir.

Grab you a copy and as always...happy reading!

Laia is a slave. Elias is a soldier. Neither is free.


Under the Martial Empire, defiance is met with death. Those who do not vow their blood and bodies to the Emperor risk the execution of their loved ones and the destruction of all they hold dear.


It is in this brutal world, inspired by ancient Rome, that Laia lives with her grandparents and older brother. The family ekes out an existence in the Empire’s impoverished backstreets. They do not challenge the Empire. They’ve seen what happens to those who do.


But when Laia’s brother is arrested for treason, Laia is forced to make a decision. In exchange for help from rebels who promise to rescue her brother, she will risk her life to spy for them from within the Empire’s greatest military academy.


There, Laia meets Elias, the school’s finest soldier—and secretly, its most unwilling. Elias wants only to be free of the tyranny he’s being trained to enforce. He and Laia will soon realize that their destinies are intertwined—and that their choices will change the fate of the Empire itself.

Posted by Books Novels And More at 12:46 PM No comments: