MUST READS By Sienna Mynx: RALLENTI (Battaglia Mafia 4.5) NICADEMUS and SOMEONE TO WATCH OVER ME 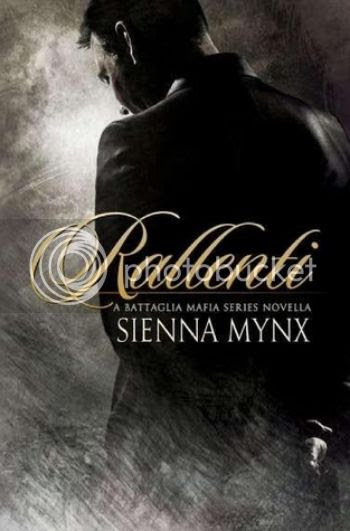 Epic reads have been unleashed in the last several months by one of my favorite authors. Sienna Mynx's RALLENTI (Battaglia Mafia Series 4.5,) NICADEMUS, and SOMEONE TO WATCH OVER ME, are recent novellas that are all must reads.

As always, Sienna Mynx is able to draw readers in with vivid writing, unique plot twists and dynamic chemistry the characters have. Be sure to grab these titles as soon as possible. In addition, check out previous posts on awesome novels by Sienna Mynx, just check the archives.

You can keep updated on new releases and other news, by visiting Sienna Mynx's official website at:

So get started. If you haven't read the Battaglia Mafia Series by Sienna Mynx, do so before reading Rallenti. The first book in the series is titled, Destino.


“One word. You must learn it, before we begin,” he traced his finger now across the outline of her lip. “Say it with me. Rallenti.” – Renaldo Cracchiolo


The year is 1993. Life as an enforcer for one of the most notorious crime bosses in Italy isn’t easy. Renaldo Cracchiolo is a Sicilian who takes pride in the oaths of omerta to honor and obey the wishes of his Don.


It’s the reason why he was chosen to cross the Atlantic to New York City. However, the woman he meets and the time they share changes his heart and destiny.

NICADEMUS - (The Wild Ones Series) 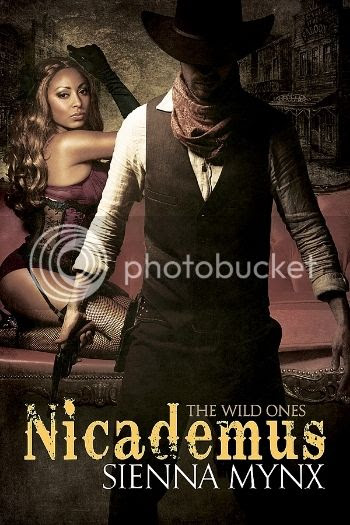 Annabelle’s a free woman. Her only desire is to become a healer like her dead father once was and to protect the people she loves. Life is sweet. That is until an outlaw by the name of Jeremiah ‘One Finger’ Polk was found unconscious on her land.


Annabelle’s initial curiosity over his presence and desire to heal him from his serious wounds blooms into a forbidden encounter that will threaten the towns’ very existence and even her own.


Jeremiah Polk is a wanted man. Driven by the need for vengeance and retribution, he barely escapes the hangman’s noose and gun. When he wakes and finds a beautiful brown skin woman nursing him back to health, he thinks it’s a dream. He soon learns of the free people of color and the hidden town at the foot of the mountain that could be his sanctuary. He also finds himself drawn to the promise of redemption. But will his demons, both real and imagined, rob him of the chance? Can love survive the racial tensions between Annabelle and him post-civil war?


Miss Kitty is what they call her. However, her Christian name is Cora, and she runs the saloon and whores of Nicademus. Escaping New Orleans and the chains of a placage, she has founded a home and thriving business in Nicademus. However, the unwanted desires of the town’s sheriff, her passionate affair with her Chickasaw lover, and the new threat of the dangerous man who hunts her from her past all collide in Nicademus and threaten to destroy her.


Red Sun, Chickasaw, and the lone survivor of his tribe out of White Rock Mountain, trusts no one. He brings the orphaned Annabelle and himself to the town of Nicademus for a chance to start again. Ten years later the bitter memory of his slain people keeps him locked in the past. However, his new love affair for his ‘soiled dove’, Cora, keeps him sane. Nicademus is his home. He will risk it all to protect the town and the woman he loves.


In 1866, a town run by freed slaves, called Nicademus, is the promise of the future. The story of the town and the passionate, dangerous, and infamous exploits of its citizens are still whispered from the lips of people today. This fictionalized tale reflects some of their story. You will search for truth in it.


SOMEONE TO WATCH OVER ME 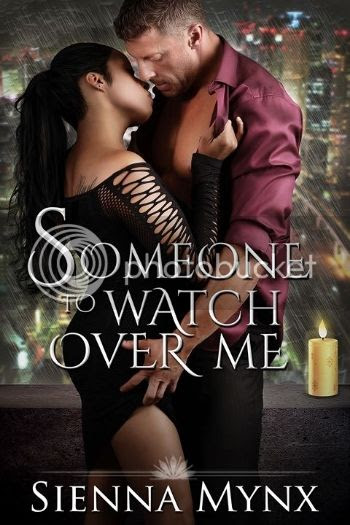 
KaeCee Everett is a wanted woman. The leader of the Black Spyder motorcycle gang wants her dead. The federal agents sworn to protect her have cut her loose. The Russian mafia has a vested interest in the secrets she protects. And the father she had hoped would love and shield her from the violence of his legacy now sits in prison and plots his revenge.


On the run for her life she arrives in Los Angeles with only one hope of surviving the chase. However, one of the fiercest enforcers turned private investigator has her under the scope of his lens. Will he help her avenge her brother’s death and escape the contract on her head? Or will his dark obsession with her be their ultimate demise?


Disclaimer: Someone To Watch Over Me is a fully developed novella based off of the short story “Private Dick and the Red Shoes,” in the Scarlet Diaries anthology by T.A. Ford.

Posted by Books Novels And More at 5:27 PM