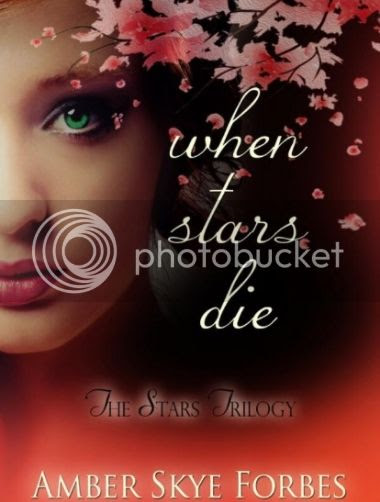 I was given an Advanced Reader Copy (ARC) of When Stars Die by the author Amber Skye Forbes before its initial release in December 2013, in exchange for an honest review. I wasn't actually able to fully give my attention to reading When Stars Die until recently.

However, when I delved into this interesting tale, I was submerged into the dark and incredible story of Amelia and her chaotic, strange and dangerous world. The complexities of her relationships, the religious tones that make one think, and the sheer unsettling dialogue that the author weaves is truly astounding.

This debut novel from Amber Skye Forbes, with tales of witchery, forbidden romance and so much more; is one that should not be missed. I look forward to reading the entire series as the books become available and can't wait to find out what happens next. The initial read was shocking and leaves the reader dangling for more. Definitely NOT a dull read.

Download When Stars Die by Amber Skye Forbes. This paranormal tale is refreshingly original and the concept extremely imaginative. The characters are well developed and allows the reader to fully understand the flow of the story-telling.


Shadowy figures haunt Amelia's days in Cathedral Reims, and they are waiting for her to join them. Redemption isn't possible for a witch, but she's committed her life to trying, as long as she can protect her younger brother, Nathaniel. What she doesn't realize is that Nathaniel's been seeing the figures too, and that both of them are about to be submerged into a much different - and more frightening - world than they ever knew existed. The only one they can trust is the dangerously attractive priest, Oliver Cromwell. But will he be able to save them?

Posted by Books Novels And More at 5:09 PM No comments: 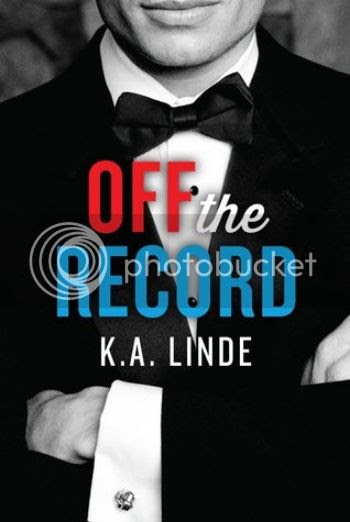 The highly anticipated sequel ON THE RECORD releases 8.26.14 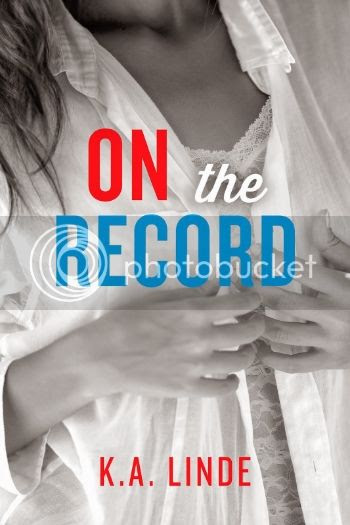 
The sexy second book in bestselling author K.A. Linde’s Record series decides whether it’s better to pick up the pieces and move on...or to pick up right where you left off.

Posted by Books Novels And More at 3:48 PM No comments: 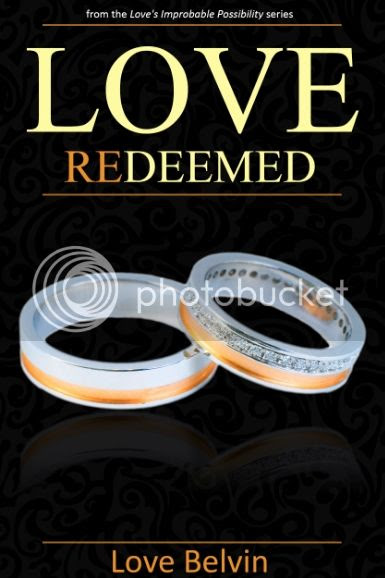 Omg... I love this series! If you haven't began reading the Improbable Possibility series..you are missing out on one hell of a read.

In January 2014, I chose book one in the series, LOVE LOST as the book of the month. It did not disappoint. I have since read book two. You will be pulled into an enthralling story. I plan on reading the third and fourth installment soon.

So order or download the entire series and read at your leisure. This is a well-written tale of redemption and the journey of finding true love. Love Belvin knocks it out the park with the 'Love's Improbable Possibility' saga.

Love Redeemed – the conclusion of the of the Love’s Improbable Possibility series: Life’s complicated…

Life’s not fair… All is fair in love and war… Find out in this riveting conclusion how Rayna reconciles her inability to trust and willingness to explore love in ways she thought she wasn’t worthy of. See love redeemed for someone who thought it was not in the cards. Also, experience Azmir’s lessons on love, forgiveness, and acceptance as his world is transformed to include a life partner. 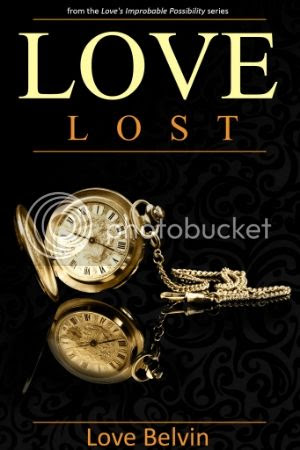 
Love Lost is book one of the Love’s Improbable Possibility series:


You ever wonder what events led up to an individual’s inability to trust? Love Lost starts off by peeling back layers of a young girl who experienced the loss of essential, reliable and nurturing love. Rayna Brimm, hailing from an inner-city in New Jersey, survives a series of betrayal and loss only to forge forward in self-preservation and obtain an education in North Carolina. After receiving her degree, vowing never return home, she finds herself in California where she tries to build a self-contained life. She made a personal declaration to get through life without further dependence on others in order to avoid yet another heartbreak.


Only, fate said otherwise. Enter Azmir Jacobs, a tall, dark, handsome and very wealthy man, who has street credibility and executive power in the corporate world. Azmir has money, power and beautiful women at his beck and call, BUT only one woman has caught his eye. The resilient Rayna Brimm, a woman whose dysfunctional upbringing contributes towards her tough skin, issues with trust and a deep-seated fear to love, turns out to be more than he bargained for when he discovered her in his boardroom presenting a leasing proposal.


Rayna isn’t the only one with a checkered past. Can Azmir conceal his convoluted life long enough to prove that he can provide Rayna the stable and reliable love that she clearly needs and deserves? Or will his lofty lifestyle and endless resources scare her away?


Just when you thought you’d begun the read of an urban novel, you turn the pages and find this is by no means an urban novel, but the journey of a classic love tale and a story of redemption instead.


The Love’s Improbable Possibility series is a slow weaving a journey of love. Be prepared to progress into the world of Rayna Brimm. A story of love’s redemption. “It’s all about growth in the first book of this wonderful series. Love Belvin’s character development alone is enough to draw you in all on its own. Making the main character, Ms. Rayna Brimm, super relatable is what I loved the most!


It’s fun to read fantasies or fairytales but nothing hits close to home like an excursion dealing with what we go through as people on a day to day basis when it comes to what we expect in a relationship.


After being taking on an unexpected courtship journey by, Azmir Jacobs a successful entrepreneur and business man, you will come across an amazing unforeseen ending that will only have you on the edge of your seat in extreme anticipation for the next book.” ~ Zakiya Walden 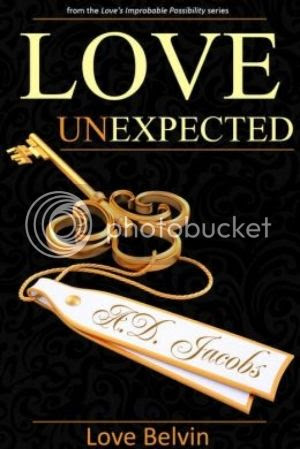 
Love UnExpected – book 2 of the Love’s Improbable Possibility series: Just when Rayna believed she had successfully settled her feet in Los Angeles, efficaciously eluding near-career demise, Azmir Jacobs has infiltrated her mind and world, and now is meticulously thawing her heart. But does he have the endurance to step up at a time where Rayna loses her most stable source in life?


Will the elusive Rayna embrace the UnExpected love that Azmir is offering her? Continue the love redemption journey and experience new characters being introduced; some to foster Rayna and Azmir’s relationship and some to challenge it.


“Once again, in “Love UnExpected”, Love Belvin undoubtedly captures the inner turmoil of a woman gone astray, finding her way through the loss of a love, a stable force and herself. While running from her present, a trip to the past forces Rayna to confront her mirror of lies and embrace her shattered perfections. A step out on faith brings along a journey of first that leads to an uncanny spiraled displays of insecurity.” ~ Kelly A


“I enjoyed the sensual hunger Rayna and Azmir had for each other in “Love UnExpected”. Their sexual desires and romance played together perfectly, showcasing Love’s talent for mixing sex and romance. I was left in awe and couldn’t wait to read the rest of the series!” ~ Juaquanna G–S 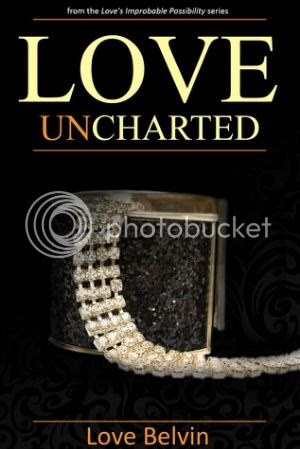 
Rayna thought her life had been cautiously stabilized, in spite of losing her sole source of support. Azmir throws a monkey wrench in her world to include himself. However, not without Azmir exposing a few of his own imperfections.


No matter what mistakes he makes, trying to secure a place in Rayna’s heart isn’t an easy feat. He fights at all cost to remain there, even if it means destroying all competition, including the woman herself, by breaking down the ice walls that surrounds her heart.

Posted by Books Novels And More at 3:38 PM No comments: